PTSD is a psychiatric disorder that may occur in people who have experienced or witnessed a traumatic event such as a natural disaster, a serious accident, a terrorist act, war/combat, or rape or who have been threatened with death, sexual violence or serious injury.

PTSD has been known by many names in the past, such as “shell shock” during the years of World War I and “combat fatigue” after World War II, but PTSD does not just happen to combat veterans. PTSD can occur in all people, of any ethnicity, nationality or culture, and at any age. PTSD affects approximately 3.5 percent of U.S. adults every year, and an estimated one in 11 people will be diagnosed with PTSD in their lifetime. Women are twice as likely as men to have PTSD. Three ethnic groups – U.S. Latinos, African Americans, and American Indians – are disproportionately affected and have higher rates of PTSD than non-Latino whites. 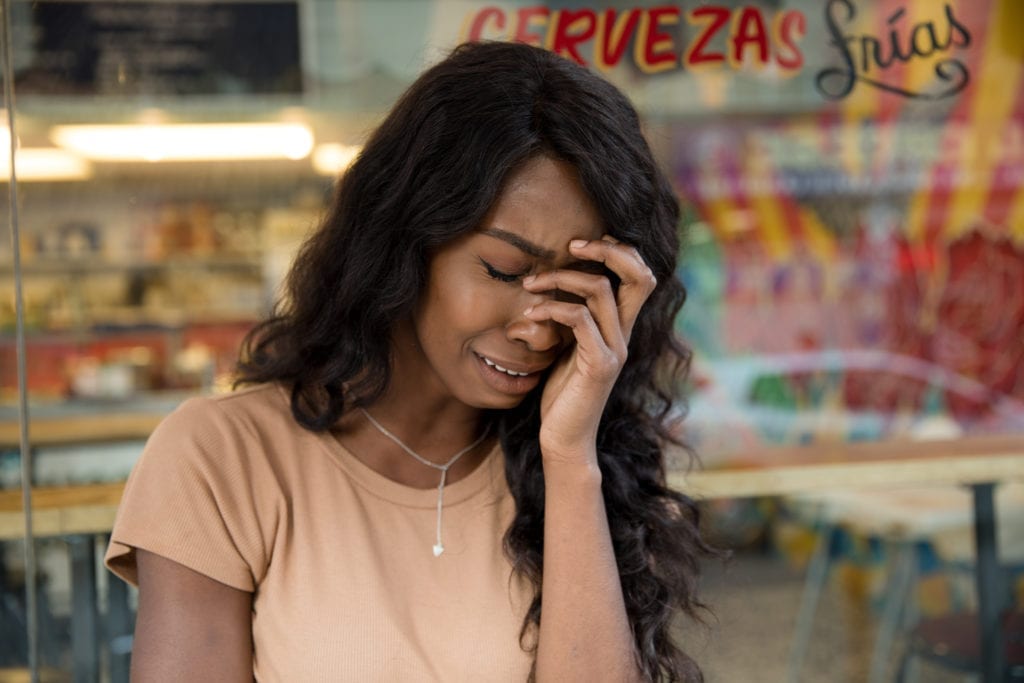 People with PTSD have intense, disturbing thoughts and feelings related to their experience that last long after the traumatic event has ended. They may relive the event through flashbacks or nightmares; they may feel sadness, fear or anger; and they may feel detached or estranged from other people. People with PTSD may avoid situations or people that remind them of the traumatic event, and they may have strong negative reactions to something, as ordinary as a loud noise or an accidental touch.

A diagnosis of PTSD requires exposure to an upsetting traumatic event. However, the exposure could be indirect rather than firsthand. For example, PTSD could occur in an individual learning about the violent death of a close family or friend. It can also occur as a result of repeated exposure to horrible details of trauma, such as police officers exposed to details of child abuse cases.

Most survivors of trauma return to normal, given a little time. However, some people have stress reactions that don’t go away on their own or even get worse with time. These individuals may suffer from PTSD.

History records many instances of PTSD. A man named Hori, a combat veteran from three thousand years ago, wrote in graphic detail about his feelings at the moment when his combat was about to begin: “You determine to go forward...Shuddering seizes you, the hair on your head stands on end, your soul lies in your hand.”  Memories like these are real and in many cases are the cause of PTSD.

Throughout history, there have been examples of warriors’ dealing with tremendous fear in the face of imminent battle. During World War II, Private First-Class Albert Blithe of Easy Company, 2nd Battalion, 506th Parachute Regiment, in the 101st Airborne Division, was stricken with a temporary case of hysterical blindness following days of fierce fighting to capture a stronghold in Normandy, as his unit was on the way to reclaim Paris. Private Blithe recovered from the blindness and other wounds sustained in battles but would eventually lose his battle to PTSD.

For those of you who have faced the unimaginable, in standing strong and answering the call of your nation, my hope is that you will find in our Lord’s Word how to be whole and fulfill the Lord’s will for your life.

The renowned psychiatrist Viktor Frankl survived being imprisoned in four different Nazi concentration camps during World War II. In his book, Man’s Search for Meaning, he describes PTSD when he says that “an abnormal response to an abnormal situation is normal behavior.” In other words, these horrendous events will take a toll on those who endure them. In a way, these situations are part of who we are, and we cannot change them. However, we can change their effects on us.

Though I do believe Dr. Frankl is right about all our experiences being part of who we are, I know our Lord can change how we deal with the horrendous events of the past and by His grace replace our negative responses with biblical answers.

PTSD is identified by clear physical and psychological symptoms, among them:

It’s my experience that this disorder is often associated with difficulties in social or family life, including occupational instability, marital problems, family discord, and difficulties in parenting. My research has identified more than two hundred symptoms and adverse effects. Obviously, people suffering from PTSD need help.

Many people suffering with PTSD are receiving medical treatment. This book is not meant as a replacement for that medical treatment but rather as a supplement to work in conjunction with your doctors to provide spiritual care. Though I am convinced in most cases PTSD sufferers will find great help in God’s Word, you should continue to receive medical care until released by your medical professional.

The following precepts have guided us in developing this retreat.

First, we are certain that PTSD is real and can lead ordinary people to make rash decisions and to act inappropriately. I have known wonderful, seemingly stable people who have attempted suicide. When they are asked why, the usual answer is something like “I can’t sleep” or “The battle revisits me.” Another answer I heard just the other day was “They are conspiring against me,” meaning that this person thought his family and friends were working behind his back to hurt him in some way, when really the opposite was true. PTSD can make right seem wrong and turn lives upside down. Many have told me they fear an intervention more than a root canal or major surgery.

Many suffer from PTSD.

Statistics provided by the Nebraska Department of Veterans’ Affairs are staggering:

PTSD can show up at any time.

Some experts say the symptoms may first appear the day after the traumatic experience or up to many years later. A trigger, sometimes something as simple as a small noise, a wounded warriors television commercial, or a scream, can set off a chain of memories or cause pain. Many patients experience no symptoms for years— until the trigger activates them. Obviously, we need to act and treat the afflicted as soon as we can. But it would be even better to prepare people prior to their facing traumatic experiences.

PTSD affects people of every class and status in life.

Vietnam veterans, however, seem to be particularly susceptible. A medical study identified the following risk factors for the development of PTSD in a sample of Vietnam veterans that included 68 women and 414 men, of whom 88 were white, 63 black, 80 Hispanic, 90 native Hawaiian, and 93 Japanese.

PTSD is a disorder that is treatable and, with the Lord’s help, curable.

I am certain that people who develop PTSD can recover from it and live a normal happy life. It is a good idea for all people who have had traumatic experiences to study this book and join a local PTSD Bible support group for help.

I am certain that people who develop PTSD can find spiritual help. It is a good idea for all people who have had traumatic experiences to come and join a local PTSD Bible support group for help.